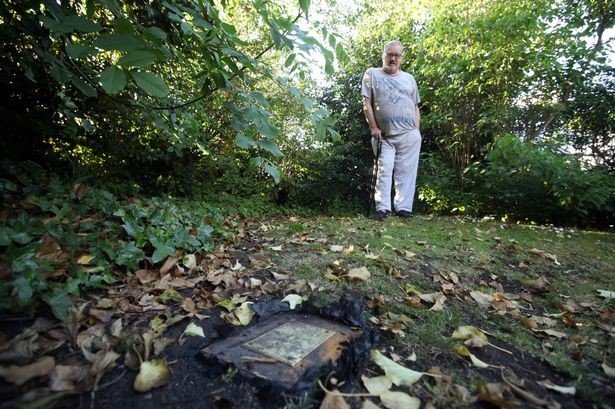 When Bill Stephenson of Cherter-le-Street noticed something odd under the rose bush in his garden he went to investigate – he discovered a plaque beneath that was an urn.

Now you may jump to the conclusion that Bill had unearthed a previous resident of the house. But this is not true, Bill had lived in the house for 45 years and the deceased passed away in 2008. So next you may think it was a friend, or some with a connection to the place – again not true neither Bill, his neighbours nor his friends had ever heard of the man.

So he contacted the police who tracked down the deceased brother – who in turn had no idea how it came to be there.

“The garden is easy to get into,” said Bill. “Although my neighbours are usually out the back. Yet nobody saw anything, so police reckon it may have been buried at night.

“It’s an absolute mystery,” said Bill. “Why was my garden chosen in particular? All I can think is maybe with it being next to the old pond the ground may have been soft to dig out – though the rest of the garden is concrete, as I know from trying to bury our cat, when I snapped two spades.”

Now that is proper spooky…!

But poor Bill can’t simply hand the ashes back to the deceased nearest and dearest, no, the next of kin has to fill out an exhumation request and file it with the Ministry of Justice.

A local funeral director has said that once the deceased’s brother has the correct paperwork they will take the casket to Birtley crematorium or to a “more appropriate resting place.”

The last words go to Bill: “If someone wanted to just be rid of the box, why not just dump it in a bin?” he said. “It’s all very strange.” [and we agree]