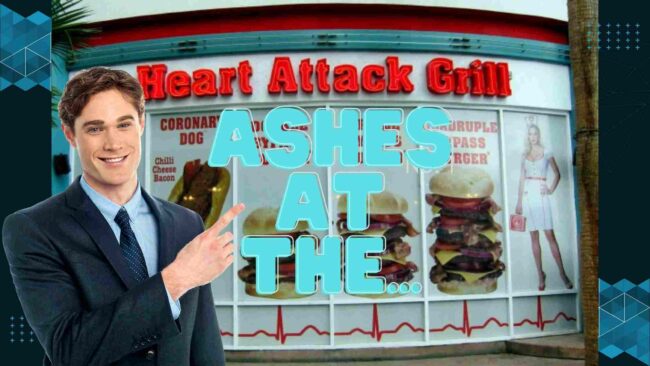 Nothing new in the world they say. Well perhaps, but this is certainly different. There is a famous restaurant in the Las Vegas called the Heart Attack Grill.

Its whole method of promotion is entirely paradoxical. It is famous for telling you that their food is very very bad for you. They are in the Guinness World Record for the World’s Most Calorific Burger with the Quadruple Bypass Burger, which has a total of 9,983 calories.

They call the customers “Patients” and those who weigh over 25 Stone are offered free food if they get on set of scales (for weighing cattle) and subsequently cheered by other restaurant goers.

In addition to the range of disturbingly named burgers, they serve Flatliner Fries cooked in pure lard, Coronary Dogs, cigarettes with no filters. Among a host of other unpleasantries.

People have died in the restaurant. Seriously.

The owner Jon Basso, also known as Dr. Jon (not a real doctor) says “I say it boldly: Don’t come to my restaurant-it’s bad for you and will kill you”.

So, what has he done this time to promote this contradictory institution? Well he appeared on a show called In The Loop with a bag of ashes which were said to contain the cremated remains of one of his customers.

Yes, it does beg the question: Why? Well for corporate transparency obviously. “He died of a heart attack at my restaurant, and I am putting that bag clearly on the table,” he says. “I wish that Burger King and everyone else will do the same thing.”

What a superbly dreadful approach, my head keeps oscillating between: awful and genius. I guess that is the point and why it works. I had friend who went and I asked what it was like, he said “It is brilliant, I mean awful really, but truly brilliant” Fair enough I suppose….