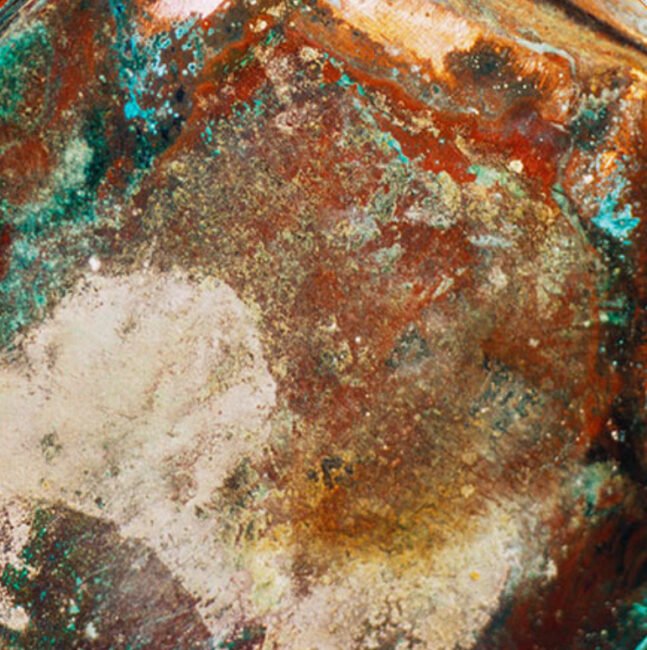 The artist David Maisel has an exhibition photographs of something a little challenging. A few years back he came across thousands of decaying urns / canisters in a psychiatric hospital in Oregon that had been forgotten. They contained the unclaimed cremated remains of former patients which had accumulated from the 19th century to the 1970s.
The article says that ‘ Each canister is also photographed alone, giving the subjects the much overdue individual attention and recognition deserved to them from another.’ – really?
The exhibition called “Library of Dust” leaves me saddened, please don’t think that I think the artist is unkind. In fact he may well have done the right thing, just that I don’t share his point of view. I would have thought something less voyeuristic and might have fitted the bill slightly better?
This is taken from the end of the article, perhaps a silver lining in the first paragraph, but I don’t share the conclusion – perhaps because I haven’t seen it so maybe I should keep my trap shut…
“After the publicity of the forgotten ashes, one family member did go back to collect the remains of former patient Ada Winterburn, who had been submitted to the hospital in 1911. The relative said that they found out Ada had been hospitalized by her family for “hysteria.” The relative further commented that there were patients like Ada that had been committed “not because they were insane but inconvenient.”
The “Library of Dust” exhibit is a beautiful and haunting memorial to the dead. Maisel’s photographs give the subjects an honourable and well-deserved send off. For the living who view these photos, it reminds us of our own mortality and encapsulates some of our deepest fears, not of death, but particularly of being forgotten both during our lives and after. Maisel’s photos manage to bring forth a sense of humanity to the forgotten dead.”

2 thoughts on “Cremation ashes and art – a step too far?”