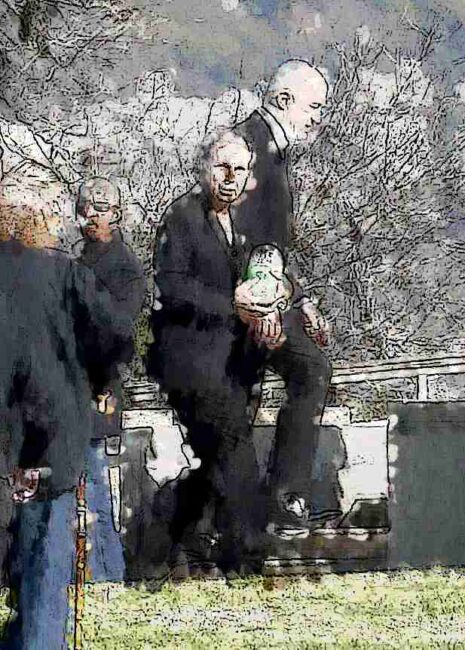 Carrie Fisher immortalised in film as Princess Leia in the original Star Wars films passed away in December. She was laid to rest alongside her mother: Debbie Reynolds – also a movie star who tragically died a day after her daughter.

Carrie Fisher had suffered with mental health issues for many years, so it was interesting that her nearest and dearest chose to inter her in a giant Prozac pill shaped urn. Tasteless? No, I don’t think so. Not just because has nothing to do with anyone else, but because in a way it helps to highlight the issue that so many people suffer from, but also there is a wry smile from the symbolism.

“I felt it was where she would want to be,” her brother Todd Fisher said. Following the joint funeral service at in the Hollywood Hills, Los Angeles, California

It appears not to have been specifically made, instead the oversized pill was apparently one of her favourite possessions and her brother and daughter to thought it seemed appropriate “She loved it, and it was in her house, and Billie [Carrie Fisher’s daughter] and I felt it was where she would want to be,” he said.

Personally, I am all for personal expression, symbolism and a little humour, although one appreciates this this would not be everyone’s approach.