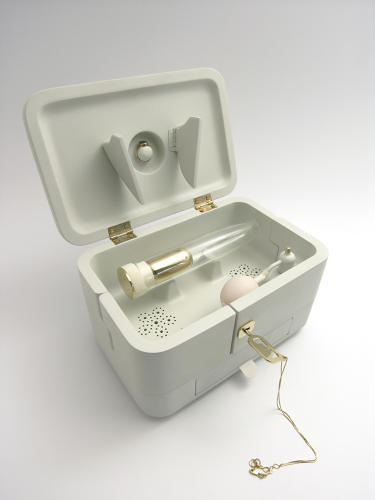 I kid you not. Now where might a product such as this be produced, come on guess…. The Netherlands, which accordingly to the straweyist of straw-type polls I conducted was the bookies favourite.

I love the Dutch. Not just because of their determination to bring all things back to sex, but in the unflinching way they do it. Honest, matter-of-fact and a prehaps little in your face. Going places that most British and American sensibilities would dare not tread.

The memory box is called 21 Grams and is made from hand-sanded wood, painted a pale grey and then locked with a brass key.

When it is unlocked, the box unfolds to contain a small ring holder for a widow’s wedding ring (I thought most people carried on wearing a ring don’t they?), which can be popped open to relive the moment of proposal, a built-in perfume diffuser and a built-in amplifier allows you to use the memory box as an iPhone dock.

Sturkenboom says he was inspired to design his memory box after noticing the disconnect between the devoted, loving way an elderly widow of his acquaintance spoke about her dead husband, and the naff urn that stood on the sideboard.

“In that same period I read an article about widows, taboos, sex and intimacy,” Sturkenboom told Dezeen. “Then I thought to myself: ‘Can I combine these themes and make an object that is about love and missing and intimacy?'”

What do I think: well I think it will be a fairly niche market. Sorry! I am British, there has to be an innuendo somewhere in a story like this and if you have read this far hopefully you are not offended! 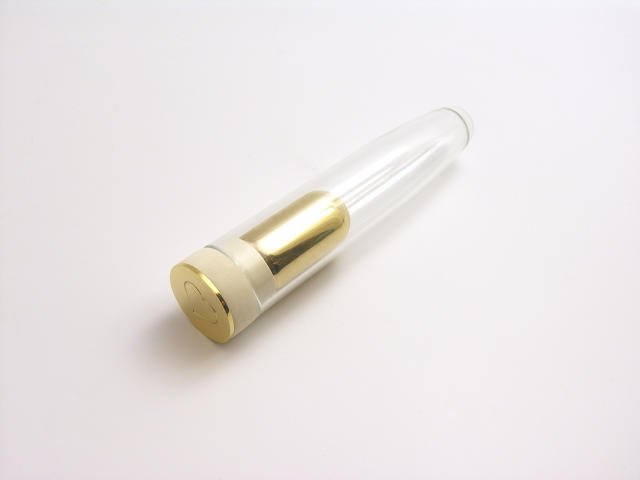