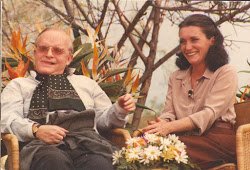 The red carpet has been booked, the canopies ordered, so who is on the invitation list? Angelina, Brad, oh yes and the cremated remains of Truman Capote…pardon? Yes there has been an odd request made to the friend of the famous American author Truman Capote. Producers wanted his ashes to attend Breakfast at Tiffany’s play premier’s after party, since Capote himself couldn’t make it.

Sadly the trip was not to be. Why, well even more oddly it was due to the risk of them being stolen, again!

The ashes are in the possession of Joanne Carson (Johnny Carson’s former wife and close friend of Capote), she keeps his cremated remains in the Bel Air bedroom where he died in 1984.

The ashes have had an interesting and colourful history. They were stolen in 1988 at a Halloween party at the Carson residence along with £120,000 worth of jewellery, but where anomalously returned shortly after. Then someone attempted to steal the ashes at a showing put on by Mrs Carson of the play Tru, which is adapted from Capote’s works.

So one can understand why Mrs Carson refused, especially when they hold such value to her, as in spite of the trouble they have caused she has referred to friend’s ashes as ‘her sanity’ over the years.

Perhaps the Broadway invite was a roués and the Producer or someone on the team was behind the first two fiendish plots…Where is Scooby-do when you need him? You have admit though, it is all pretty odd!